This blog was originally published on Dec. 2, 2020 the National Women’s Health Network (NWHN) and re-posted with permission.

We need your help to get this bill to the Senate floor! Join WVE and our friends at NWHN by contacting your senator and urge them to move this bill forward before the legislature recesses for the holidays! If we don’t act now, the CROWN act will be put on hold for another legislative session – and Black women and girls shouldn’t have to wait one more minute.

This month, in response to feedback from employees and the community condemning discriminatory dress code and appearance policies, UPS announced they will allow workers to have facial hair and natural hairstyles. While this is fantastic news, it begs the question – why does this even need to be a conversation?

HOW WE GOT HERE

Believe it or not, the human right to wear one’s hair in its natural state is not protected for Black women and girls. This lack of protection is harmful, and is rooted in historically racist practices of controlling Black women’s bodies. Black women and girls have been forced to adjust, chemically alter, and change their natural hair in order to conform to workplace and school policies that prioritize Euro-centric beauty norms. These Eurocentric beauty standards favor straight hair styles and discriminate against natural hair styles to the detriment of natural hair and Black women’s’ health.

The enslavement experience was a major driver in developing and perpetuating negative stigmas about Black women’s physical features. After enslavement ended in the U.S. in 1865, whites looked upon Black women who adapted Eurocentric hair styles as being “well-adjusted,” and many Black women adopted these styles not out of preference, but to gain protection, food, shelter, and education.

Soon, straight hair became a deeply rooted trend – a trend perpetuated dramatically in the 1900s because of entrepreneur Madam C.J. Walker and her multi-million-dollar hair straightening business.  Walker played a major role in the promotion of hot combs, relaxers, and other hair straightening products throughout the U.S., Caribbean, and Africa. These products enabled Black women to make their hair straight and more “manageable,” and escape the perceived “negative” aspects of their Black/African aesthetic.

THE REACH OF HAIR DISCRIMINATION

Hair discrimination is a global issue and touches Black girls and women of all ages in school, at work, and beyond. In 2016, Black girls at Pretoria High school in South Africa were reportedly told they would be barred from taking their exams if they did not straighten their hair and not wear locks.

In the U.S., Black children have been suspended and punished for wearing natural hair styles such as braids, locs, twists, and bantu knots. And cases filed by Black workers alleging discrimination in the workplace due to their natural hair have filled the nation’s courthouses for decades. A Dove study found that Black women are 30 percent more likely to be made aware of a formal workplace appearance policy, and are 1.5 times more likely to be sent home from the workplace because of their hair compared to women of other racial/ethnic groups. Black women are 80 percent more likely to agree with the statement: “I have to change my hair from its natural state to fit in at the office.”

THE HEALTH COSTS OF CONFORMING

Efforts to avoid discrimination by conforming to Eurocentric beauty standards place Black women and girls at increased risk of exposure to toxic chemicals found in cosmetic products, including hair products.

For example, the chemical relaxer is one of the most common methods by which Black women straighten their hair. Sodium hydroxide was, for years, the main chemical in hair relaxers—it is a powerful alkaline caustic, more commonly known as lye. It is found in products used to dissolve hair in drains.

The Black Women’s Health Study, which surveyed 59,000 pre-menopausal Black women, found that the chemicals in hair relaxers appear to impact Black women’s risk of developing fibroids. Another study found that Black girls were more likely to use hair products and reached menarche earlier than other racial/ethnic groups.

THE CROWN ACT – A STEP TOWARDS PROTECTION THAT NEEDS YOUR ADVOCACY

The injustices and health risks thrust upon Black women and girls as a result of hair discrimination have not gone unnoticed. Thanks in large part to the Crown Coalition, we have a chance to make race-based hair discrimination illegal this legislative session, but time is running out. On December 5, 2019, Representative Richmond [D-LA-2] introduced the Creating a Respectful and Open World for Natural Hair (CROWN) Act (S. 3167) which was passed in the House in September 2020.

If passed in the Senate and signed into law, the CROWN Act’s ban on discriminatory hair policies in the workplace and in schools will foster Black women and girl’s ability to wear natural hair and hairstyles, and avoid and minimize exposure to harmful chemicals in hair-straighteners and other products.

We need your help to get this bill to the Senate floor! Please contact your senator and urge them to move this bill forward before the legislature recesses for the holidays! If we don’t act now, the CROWN act will be put on hold for another legislative session – and Black women and girls shouldn’t have to wait one more minute.

You can also sign a petition to support the CROWN act here. 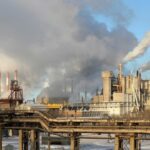