Reposted with permission from NRDC.
– Coauthored with Michele Roberts (EJHA)

Water is life. It nourishes us, cleanses us, saves us. From bacteria to humans, all life depends on access to clean, safe water. In the United States, when many of us seek access to this life-giving substance, we go to a nearby tap, turn it on, and assume that what we receive will not harm us. We trust that there are systems in place to protect us and our families. For far too many people and communities in the United States, though, this is not the case. Access to clean water has become a source of stress, discomfort, and oppression.

For the last several years, Flint, Michigan has become synonymous with the complete an utter failure of government to ensure safe water for all. More recently, Newark, New Jersey has made headlines for the lead crisis happening in that city. In cities like Sandbrach, Texas – founded by freed people over 100 years ago – residents find themselves actively denied access to the water resources of Dallas, a mere 15 miles away. All over the country, communities like Newark, Flint, and Sandbranch have cried out for justice, only to have their demands fall on deaf ears.

The water crises in these communities is not accidental, however. For decades, if not centuries, there have been systems in place in this nation that have resulted in the creation and maintenance of racial and economic caste systems. Hundreds of years of slavery, generations upon generations under Jim Crow, federally mandated practices that perpetuated and accelerated segregation, forced migration and wars, and a host of other injustices performed by individuals and other institutions, has led to a present day in which communities of color disproportionately bear the crushing weight of many of society’s ills. Injustices like police brutality, increased incarceration rates, higher all-cause mortality, the siting of toxic facilities, and lack of access to safe water are all deeply rooted in the soil of racism.

Released in September, Watered Down Justice, provides a data-centered look at the relationship between social characteristics (e.g., race and income) and drinking water violations. Similar to the experiences of community members themselves, NRDC, the Environmental Justice Health Alliance, and Coming Clean found that drinking water protections under the Safe Drinking Water Act (the law that is supposed to ensure safe drinking water for all) are not equally distributed across this nation. Our analysis revealed that communities of color, low-income communities, and communities that lack transportation and/or live under crowded housing conditions had higher rates of drinking water violations than other communities. 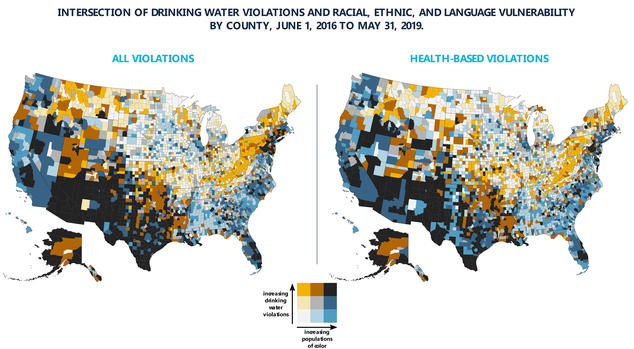 Of all the factors we studied, though, race had the strongest relationship to slow and inadequate enforcement of the law. In fact, drinking water systems in places with the highest proportions of their populations that were people of color tended to spend more time out of compliance with the law for more violations for more contaminants. On top of that, even when problems were identified, and enforcement actions were taken, the problems remained uncorrected despite these actions. Communities in which drinking water violations and race intersected were found all over the country. 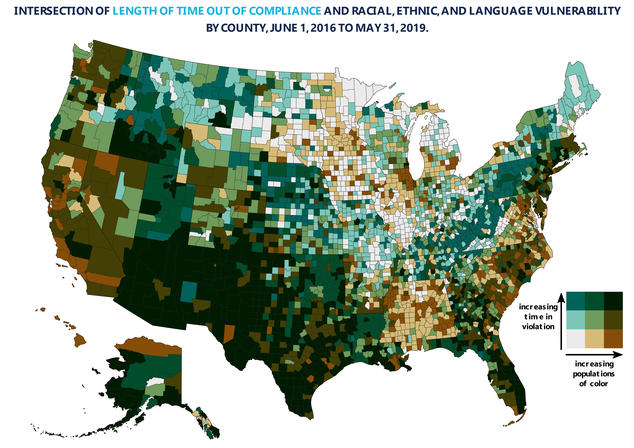 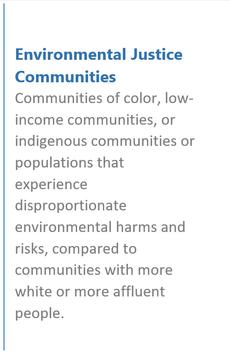 These wrongs, that play out in hundreds of communities across the country, require immediate and directed action to be righted. Disproportionately impacted communities must be identified, engaged, and supported as active partners in setting agendas and priorities that affect their lives. Water contamination must be prevented from occurring in the first place. Funding for water infrastructure projects must be immediately made available, with priority given to communities of color and other Environmental Justice communities most in need of assistance. Small systems must be strengthened to ensure their ability to comply with the law. The Safe Drinking Water Act must be enforced, assuming an undercurrent of structural racism that creates an unequal playing field for different communities. Finally, the health threats and impacts of water contamination must be assessed, disclosed, and plainly explained to community members.

The atrocities of the past need not bind us, but it is crucial that we not ignore the impact of that history on the present. We live in the most powerful nation on the Earth, and it is important for us to understand that to whom much is given, much will be required. To be a truly just society, we must ensure that all communities, and the individuals within them, have access to the resources necessary for a healthy life – including clean, safe water.