I’m so excited to bring you this news: today Procter & Gamble announced it will disclose fragrance ingredients in all of their products!

Thousands of synthetic chemicals are used to create modern day fragrances for everyday products from tampons to detergent. For decades, manufacturers have kept fragrance ingredients — even those linked to allergies and other serious health issues like cancer and birth defects — a secret from their customers. This move by Procter and Gamble solidifies the notion that keeping ingredients a secret from consumers is simply not acceptable anymore – not in personal care products, not in cleaning products, not anywhere!

This announcement also makes it clear that disclosing fragrance ingredients is in fact do-able – something that many companies have long denied. Just a few short years ago, our conversations with manufacturers almost always led to the same conclusion – discussing fragrance ingredient disclosure was simply off the table – because the fragrance houses wouldn’t allow them to give up their “secrets”.

A few highlights along this disclosure road:

This victory is thanks to YOU. You took action and raised your voice for ingredient transparency. Women stood together, demanded your right to know, and moved the biggest consumer products company in the world to respond to your demands!

Take a look at this timeline and what women did together in under a decade! (click image for larger view) 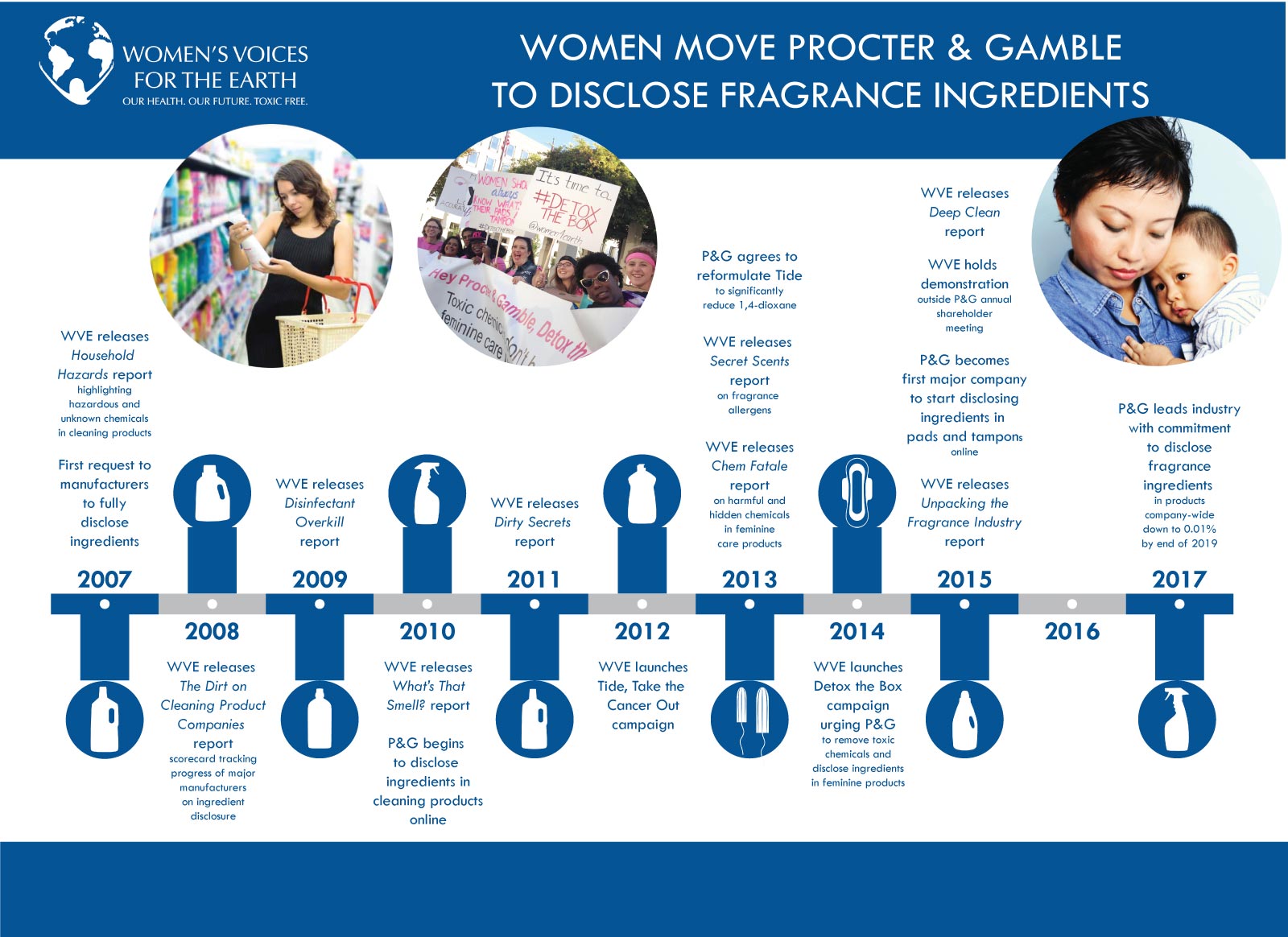