National Poison Prevention Week, an annual event to educate the public about poisoning risks and how to prevent them, recently came and went. This year there was quite a bit of attention on preventing laundry detergent poisonings among children.

Why? Because laundry detergent poisonings among kids skyrocketed in 2012 and 2013 due to the widespread use of single-dose laundry packs. Over 10,000 calls to Poison Control centers were made in 2013 about kids having ingested these candy-colored laundry packs. And of those calls, nearly one-third were serious enough to require treatment at a hospital or health care facility. There was at least one reported death of an infant after eating a laundry pack. 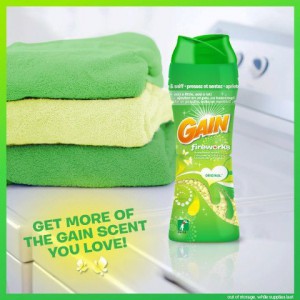 In response, there have been several public relations efforts to educate parents about the proper safety and storage of laundry detergent. For example, the American Cleaning Institute created these fine videos. Even Procter & Gamble, maker of Tide Pods, hosts this safety video on its YouTube channel.

Videos like these do a great job of modeling the right behavior: showing what it looks like to store your laundry detergent safely away from children, either on a high enough shelf or in a locked cabinet.

Unfortunately, like many public health promotion efforts, there is a limit to how many people will actually be impacted by these videos. Despite their importance, these aren’t the types of videos that go viral on the internet. Thus far, viewings appear to number in the low thousands. If only there was a way to demonstrate this laundry safety behavior so that millions of people could see it and learn from it… 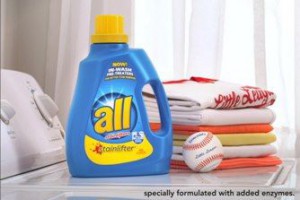 Oh wait… how about a paid television or internet ad that has millions of viewers? Laundry detergent manufacturers create and run those all the time, right?

In fact, I’ve never seen an ad where the product gets put away on a high shelf or in a locked cabinet after it is used. (And we wonder why so many people don’t think of their laundry detergent as a dangerous substance that needs to be kept away from kids?)

Laundry detergent manufacturers have an incredible opportunity to make a real difference for children’s health and safety by using their existing advertising budgets to show what safer laundry behavior really looks like. If they truly believe in providing what’s best for their customers, they should show us (literally) that they mean it.