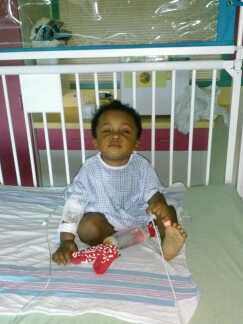 Imagine for a moment: You’re home doing your family’s laundry. You gather a load of clothes, and put them in the basket along with a Tide Detergent Pod.

You turn for a millisecond to grab your keys, coins, etc, and as you turn back to reach for the basket your child is raising the Tide Pod into his mouth—and it explodes as he bites down. What do you do?

You will do what more than 12,000 American families have done across the country: Frantically dial 911.

On September 13, 2013, I experienced a mother’s worst nightmare. As I was preparing my family’s laundry, my 15-month-old grandson Dakari bit into a Tide Detergent Pod and began the fight of his little life. 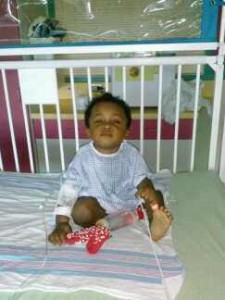 Frightened and confused, I watched helpless as he immediately began to turn blue and gasp for air. Looking for answers, I turned to the Internet. I began to panic. A 7-month-old boy in Florida had just bitten into a similar laundry packet and died. How could this be happening?

Since these pods burst onto the scene in early 2012, more than 12,000 children have been poisoned and rushed to the emergency room, including the 7-month-old boy whose family was staying at a domestic violence shelter located in Florida. The shelter hands these packets out to its residents for them to do their laundry.

Packaged in a clear jar resembling a candy dish, to some children these pods become irresistible. The same thing that gives them their cute, convenient appeal is the very reason they are so incredibly dangerous. No mess, no spill. No more lugging the bulky container. You just pop one and go, right?

What if you’re one of the 25% of American households that do not have a washer and dryer inside of the home? Taking these pretty little pods outside of the container and transporting them becomes a disaster waiting to happen.

The liquids inside these pods are extremely toxic and are only held together by a thin film that is designed to dissolve the moment it gets wet—whether by water or a child’s saliva.

The average age of poisonings reported was 3-years-old, and about 94 percent of pod exposures were in children 5 and younger.

U.S. poison control officials say they were caught off guard in early 2012, when the first cases of babies and toddlers ingesting detergent capsules came up.

Interestingly enough, poison control officials and Procter & Gamble (makers of Tide Pods) have indicated that the issues with Tide Pods didn’t come entirely out of the blue.

Three years ago, Milan officials at an Italian poison-control center contacted P&G to report that children were biting into small packets of a similar P&G concentrated liquid detergent called Dash Ecodosi. Milan officials advised the company to make the capsules’ packaging opaque and harder to open.

P&G made those changes in Italy in the spring and summer of 2012, after which P&G reported poison cases fell by 60 percent over a six-month period. The decline was attributed primarily to the new packaging. 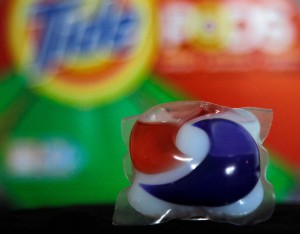 However, P&G released clear tubs in America and didn’t make changes to its packaging to make the tubs opaque until July 2013, more than a year later.

Initially, P&G blamed many of the cases on Italians’ way of living. Italians typically live in apartments where washing machines are in lavatories and detergent is often stored on the floor—within reach of children.

American households typically do their laundry in separate rooms and keep detergent in cabinets or on counter tops, leaving one to question if making additional changes to the product packaging alone would be enough to prevent the death or serious injury to another child.

Most reported cases are not of children accessing this product via the product packaging, but intercepting these pods while they are being transported outside of the bulky container.

Since then, I’ve begun an online petition urging Procter & Gamble, the makers of Tide Detergent Pods, to go a step further in preventing these poisonings from happening by adding an additional layer of protection, placing an individual wrapper around each pod.

Please join me in signing this petition. Our children deserve it.