In 2017, thanks to all of you raising your voices, SC Johnson committed to phasing out toxic fragrance chemical Galaxolide from its products. So where is SCJ at with their progress?
Learn more

Galaxolide is widely used by SC Johnson & Son and can be found in the company’s numerous scented products including Glade®, Windex®, Pledge®, Shout® and Scrubbing Bubbles® brands. (See a list of current SC Johnson products containing Galaxolide here.) SC Johnson is one of just six manufacturers in the United States named by the EPA that is importing and using this high production volume chemical.[i]

Ask SC Johnson to stop the use of Galaxolide

SC Johnson must commit to eliminating Galaxolide. The company already manufactures several fragranced products without using Galaxolide, showing that it can be done. One of their top competitors RB, makers of Airwick, completely eliminated the use of Galaxolide and similar musks years ago. As a persistent, bioaccumulative toxic chemical, Galaxolide pollution is not going to go away – it will simply get worse over time if it continues to be used.

SC Johnson, a company headquartered on the shores of Lake Michigan, has said publicly it is committed to improving the safety of the ingredients they use. If that’s true, the company should not allow Galaxolide to be their legacy contribution to the Great Lakes. 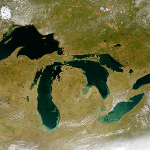 A recent GreenScreen® analysis reveals that this chemical is highly toxic to aquatic life and persistent, meaning is does not break down easily in the environment. Read more. 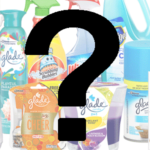 Galaxolide pollution isn’t only a problem in the Great Lakes – it is detected in our environment nearly everywhere testing has been conducted. Learn more about the problems with Galaxolide, and find answers to why SC Johnson chooses to keep using this toxic chemical in its products, while other companies have eliminated it from their fragrance palettes. Learn more. 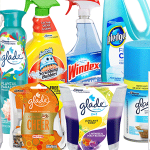 SC Johnson is one of just six manufacturers in the US importing and using this high production volume (HPV) chemical. The company uses it in over 80 different products. See products.