“The Food and Drug Administration has failed to act on dangerous hair straighteners that contain unsafe levels of formaldehyde and pose a significant health hazard to consumers and salon workers, the Environmental Working Group and Women’s Voices for the Earth allege in a motion filed July 28 in federal district court.

The motion is part of the groups’ lawsuit against the FDA for its failure to act on a six-year-old petition requesting an investigation into popular hair smoothing treatments that are still sold in stores and salons. These straighteners – often known as keratin treatments or by the name of one prominent brand, Brazilian Blowout – contain formaldehyde, a known human carcinogen and potent allergen.” 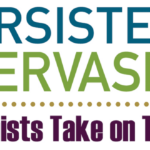