Donate for your friend who is fighting breast cancer, for your daughter who is just starting to use feminine products, and for your own peace of mind when you buy cleaning supplies at the grocery store.

“Sweetie, why don’t you bring the tea and cookies?”  This is the kind of response that our founder, Bryony Schwan received when she asked how she could be more involved in environmental organizations in the early 1990s.  Bryony was an Environmental Studies graduate student, and she was fed up with the sexism and the lack of diversity she had encountered within the movement.  She knew that it was time to see the forest for the trees.  Environmental advocates needed to recognize the impact of environmental issues on people of all genders, races, religions, economic backgrounds and sexual orientations, and ensure that their voices were heard.

Ready to act, Bryony and her allies worked to organize a conference called, ‘Finding Common Ground: Gender, Justice and the Environment.’   The conversations that preceded and proceeded the conference sparked something big—the founding of a new environmental organization, the first of its kind—Women’s Voices for the Earth.  Women’s Voices first opened its doors in 1995 with a mission to ‘build bridges with each other, strengthen our collective voice and work to create a society that is ecologically sustainable and socially just.’

With a budget of only $9,000 dollars and a staff of two, this tiny but powerful organization made a big impact.  They started locally—reducing pollution from a nearby container mill, stopping the proposed gold mine on Montana’s Blackfoot River, and decreasing the routine pesticide spraying of noxious weeds by state and local agencies.  By taking on difficult and important issues while emphasizing women’s leadership, Women’s Voices was making a name for itself and doing something the movement had never seen before—empowering everyone to join the fight.

Today, Women’s Voices for the Earth has a network of tens of thousands of powerful, visionary women nationwide who are working to empower consumers, enact health-protective laws and drive corporate accountability and transparency.  Together, we’re taking on the toxic chemicals that harm our health and communities—chemicals that are causing breast cancer, birth defects, asthma, reproductive problems and more.  Thanks to you, our campaigns are making a national impact. In the last three years alone, we’ve experienced exponential growth, and celebrated many successes, including:

In recognition of our anniversary and in celebration of the waves we’ve made together, we’ve set off on our most ambitious fundraising campaign to date, with a goal of raising $100,000 dollars to propel us into our next 20 years.  We need your help to get there.  This holiday season, please make an anniversary gift to Women’s Voices for the Earth.  Donate for your friend who is fighting breast cancer, for your daughter who is just starting to use feminine products, and for your own peace of mind when you buy cleaning supplies at the grocery store.  Donate in recognition of the important work you have done in making the world a safer, healthier place for all. We wish you a happy and healthy holiday season! 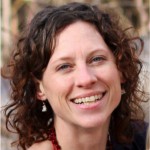 P.S.: If this is your first gift to Women’s Voices, it will be matched 100% by the New Priorities Foundation–don’t miss this chance to double your impact!

Thank you for your power, your vision and your generosity!
DONATE
donate, toxic chemicals, toxic-free future, women's health
Share Post: