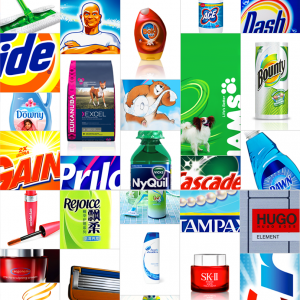 Due to public pressure and growing concerns about the safety of chemicals found in common cosmetics, household cleaners and fragranced products, Procter & Gamble (P&G) will achieve total elimination of the toxic chemicals triclosan and diethyl phthalate (DEP) from all its products by 2014, according to an announcement on the company’s website. P&G is the world’s largest manufacturer of consumer products, home to iconic brands including Cover Girl, Tide, Crest and Ivory.

“The Campaign for Safe Cosmetics congratulates P&G for taking bold and globally-significant action to protect the health of its 4.8 billion consumers by eliminating two dangerous toxic chemicals—triclosan and DEP—from all its products,” said Janet Nudelman, program director at the Breast Cancer Fund and co-founder of the Campaign for Safe Cosmetics.

The Campaign for Safe Cosmetics has been urging companies to eliminate phthalates from personal care products since 2002. Because of this pressure, many cosmetics companies have stopped using two dangerous phthalates, DBP and DEHP, but the industry has continued to widely use DEP in fragrance.

“P&G is taking an important step in the right direction,” said Nudelman. “Major multinational cosmetic companies have no business using toxic chemicals linked to health concerns including cancer and reproductive harm to manufacture personal care products. Now it’s time for the other industry giants like Avon, Estee Lauder, Revlon, L’Oreal and Unilever to clean up their act by eliminating these and other toxic chemicals from their cosmetics and personal care products.”

Jamie McConnell, director of programs and policy at Women’s Voices for the Earth, said, “P&G has taken a great step in giving consumers more confidence in their products. We hope the company continues this trend and eliminates the other toxic chemicals it uses in fragrance, like styrene.”

P&G reports on its website that the company has been “working for several years to eliminate DEP from the fragrances used in our products” and is “70% of the way there and will be finished by 2014.” Although P&G maintains that DEP is safe and, according to its website, is phasing out the chemical because “we understand that DEP can get mistakenly linked to other phthalates in the public discussion because of its name,” the company’s move is expected to have a ripple effect throughout the industry.  Said Nudelman, “A company of P&G’s size and stature taking this kind of action proves that any company can and should also do so.”

Clearly P&G’s top leadership has determined making safer products is good for business. And they are not alone. In 2012, Johnson & Johnson’s (J&J) made a historic commitment to remove chemicals linked to adverse health effects from its products. These actions by P&G and J&J validate that companies are seeking to grow their businesses while satisfying consumers concerns about the presence of toxic chemicals in products they bring into their homes.

According to P&G’s website, triclosan was targeted for elimination due to outstanding questions about its efficacy in reducing bacteria over regular soap and water. The FDA is reviewing triclosan for safety due to scientific studies that show triclosan contributes to antibacterial resistance. In response to consumer concerns, J&J also pledged to remove triclosan from its products by 2015.

Timeline: Campaign for Safe Cosmetics Pressures Companies to Eliminate Phthalates for More than a Decade

2002: The Campaign for Safe Cosmetics released the report “Not Too Pretty,” which tested 72 personal care products and found 72 percent contained multiple phthalates, which were linked to birth defects, asthma, early puberty, and decreased sperm count.

2004: A combination of pressure by advocacy groups and the European Union’s decision to ban two dangerous phthalates, DBP and DEHP, led companies to move away from those two chemicals; however the industry continues to widely use the phthalate DEP.

2008: The Campaign released a follow-up report “A Little Prettier” that found much of the industry had made progress in removing phthalates from their products, and was primarily relying on DEP.

The Campaign for Safe Cosmetics is a national coalition of more than 175 nonprofit organizations working to protect the health of consumers and workers by eliminating dangerous chemicals from cosmetics. Women’s Voices for the Earth is a co-founder and on the steering committee of the Campaign. 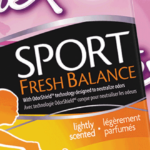 Are We Seeing the End of Scented Tampons?
Questions About Titanium Dioxide in Tampons and Pads?