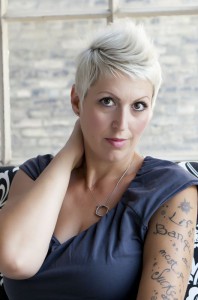 My name is Heather Von St. James. I am a wife, mother, and mesothelioma cancer survivor.

I was in my prime when I was given 15 months to live. I was 36 and had given birth to my only child, Lily, just 3 ½ months prior to being diagnosed with mesothelioma cancer.  This was due to the direct result of being exposed to a deadly substance that is still used around the world: I was exposed secondhand to asbestos through my father’s work clothes when I was just 9 years old.

Sadly, I am just one of 3,000 people who are diagnosed each year with mesothelioma as a result of exposure to asbestos. Asbestos can lie dormant within your system for 20-30 years. As a result, diagnosis typically does not occur until the cancer enters its later stages.  It is estimated that only 10% will live to celebrate 5 years of survival while the others will only live a mere 10 months past diagnosis.

Despite my grim prognosis, Dr. David Sugarbaker, who is considered one of the world’s leading experts in mesothelioma, provided me with a glimmer hope. I underwent an extremely risky surgery called extrapleural pneumonectomy. Now, 7 ½ years and one lung later, I’ve made it my mission to bring hope and awareness to this disease.

September 26 is a day very near and dear to my heart- Mesothelioma Awareness Day. This year, I created a virtual campaign, “Dying to be Heard,” which asks participants to give their voice to the victims of mesothelioma. My campaign simply asks for voices through a donation of a social status.

By creating conversation about asbestos exposure and mesothelioma, we can strive to create a ban on asbestos, hold asbestos companies accountable for the lives they have stolen, and honor those who have had their voices silenced by this disease.